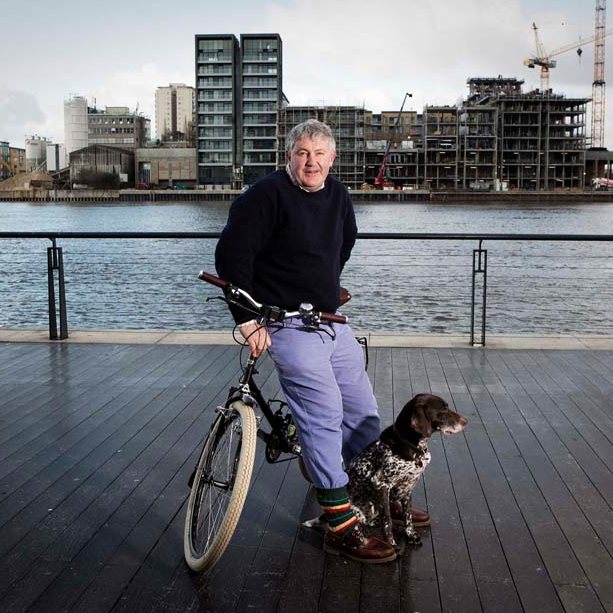 What do you do for a living?
I am Managing Director of Pol Roger Portfolio; the UK agents not only for Pol Roger Champagne (one of the very rare great champagne houses still in family hands) but also for a small number of top end family owned wine and spirits producers.

How long have you been a cyclist?
Pretty much all of my life. I was lucky enough to be brought up at a school near Tunbridge Wells and spent much of the summer holidays racing round the grounds on my cycle (think I was nowhere near trendy enough for a chopper). Then came back to cycling up in Cambridge where I spent a great three years tasting wine, playing rugby and doing just about enough Classics to pass my degree.

So what are you riding now?
A splendid Stanforth Kibo. Had a fun couple of hours at Velorution going through the options and riding round the block on a selection of outstanding bikes; but ended up going for the Kibo. Suspect that it was entirely down to the colour of the tyres (a deeply unpractical white) but also loved the riding position and relative speed (certainly compared with my old knackered heavy mountain bike).

What appeals to you about cycling?
The fact that I can watch the world go by at a rather more gentle pace; the fact that that Casta (a German Short Haired Pointer) loves running alongside the bike on the way to and from the office; the fact that I can leave the car at home and, in most cases, get where I am going far quicker. And the fact that cycling is a great antidote to eating and drinking too much in the Wine Trade.

How often do you ride?
Assuming that I am heading to the office in Battersea (just up the river from home), tend to head to the office and back on the bike. And, with the summer almost here, also great to take the dog out either in Battersea Park or down the river to Wandsworth Park.

What’s your favourite cycle route or destination?
Depending on the weather, I tend to head down to Sussex and take the bike up on the South Downs (there is a secret car park up above Bignor from where one can cycle in all sorts of directions). Or leap on the cycle from Battersea and go all the way down the river to Hampton Court and back.