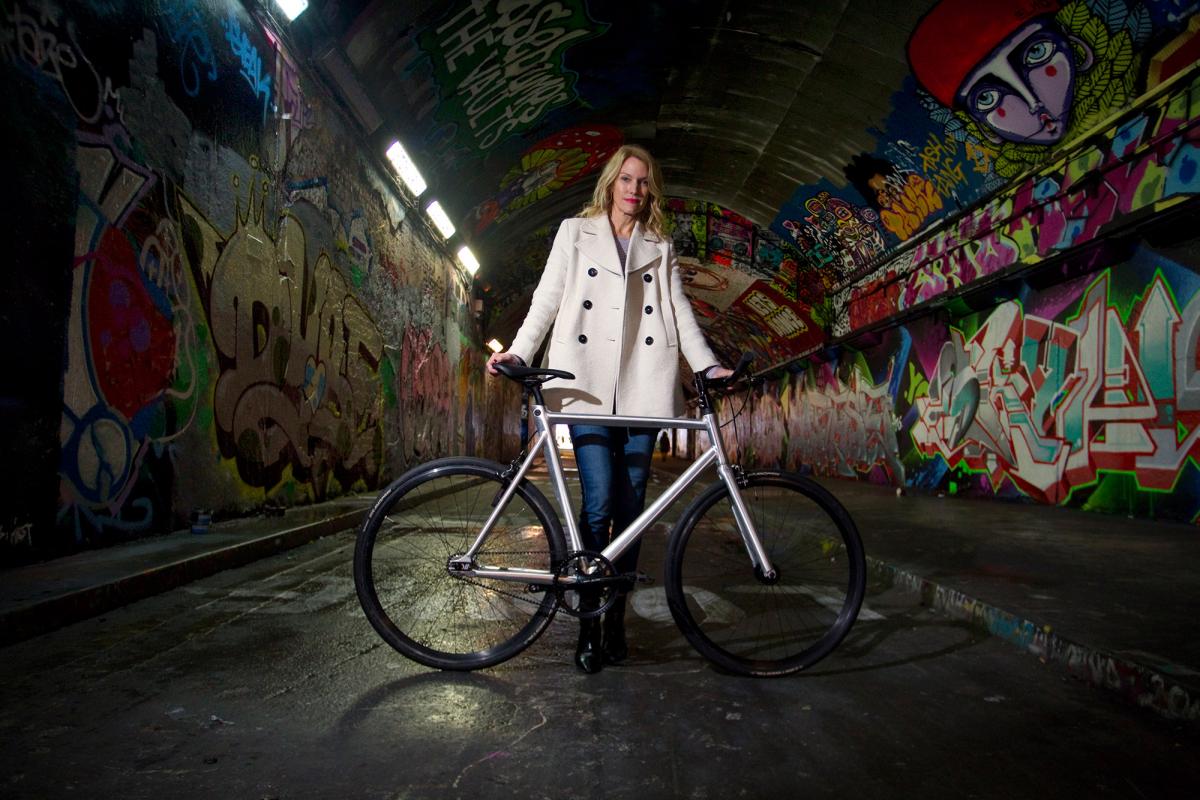 What do you do for a living?
I’m a freelance Art Historian, but I have my fingers in some other projects too.

What are you passionate about?
My research. I’ve recently developed my doctoral thesis into a first draft manuscript. It focuses on a massive collection of ephemera (admission tickets, playbills, trade cards, political caricatures and satires, visitor cards, newspaper clippings, fashion plates, broadsheets, maps, books and lots of other printed materials) assembled in the 18th century by a woman named Sarah Sophia Banks. The project is interdisciplinary, so it also enables me to explore other facets of 18th century culture, such as systems of collecting, patriotic consumption, sociability and the inter-relations between art and science.

How long have you been a cyclist?
I received my first bike at six years old.
It was a Schwinn Sting-Ray in green with a tall pink flag at the back, white basket at the front, multicoloured handlebar streamers and a sparkly,
silver banana seat.

What bike are you riding now?
Nothing like my first bike; it’s a super sexy Schindelhauer Viktor. As soon as I walked into Velorution, this bike caught my attention. Its seamless design is so sleek. I love that it’s a single speed and weighs next to nothing, and the Gates Carbon Belt Drive is highly innovative.

What appeals to you about cycling?
Being outdoors; I like traveling from place to place. It might sound crazy, but I actually enjoy riding in the chaos of London traffic. It forces you to completely free your mind of everything else going on in your life and focus exclusively on your surroundings. You become the activity... it’s a true Zen moment.

How often do you ride?
Almost every day; I use the bike to get around London.

What is your favourite cycle route or destination?
I’m originally from Florida, so I grew up on the beach. Sunday mornings, while I was training for triathlons, a group of us would set o for a sixty mile bike ride along the coastal road A1A. Speeding alongside the ocean at sunrise was pretty special. We always finished the trip at the local diner eating huge stacks of pancakes! More recently, I’m cycling around London in the wee morning hours, 1 or 2 am. There’s something incredibly poetic about riding through the nocturnal city.

See our range of Schindelhauers